Because Lea Bronsen’s Pink Triangle certainly will be something you never experienced before. I had my fair share of ww2 books, so it’s not easy to show me something new. But a story placed in Norway? Sign me up. I’m fairly sure most of us have little knowledge of this northern country. So if you want something new, placed in someplace we hadn’t had much chance to read/learn about, this novel is for you too.

And I’m very grateful to the author for providing me the chance of reading the book prior to the publishing. There is a certain magic of reading a book still in beta, especially in case of an extraordinary adventure like this one was. It’s like you are part of something great to be born later. Yeah, I can be so sentimental…

Oslo, April 1945
Paul Hartmann is a handsome, free-spirited Norwegian in the prime of his life, but he doesn’t fit the German occupant ideals simply because he’s gay. And so, when the Gestapo catches him for producing illegal propaganda, he’s tortured and threatened to be sent to a concentration camp with a pink triangle sewn on his shirt, the symbol for homosexuals.
It will take great courage and mindboggling circumstances of luck, as the Führer commits suicide and the end of the war seems nearer by the day, for Paul to avoid his death transport to Germany.

And it will take the growing attraction of the Gestapo commander himself to regain his full freedom — and capture his heart.

I won’t reveal any grand secret by telling you that I’ve read about a lot of different characters, and sometimes I don’t feel anything for them or between them. However this was not the case while reading this book. I liked both of the main characters from their very first appearance and their first interaction.

He’s a young man living in the German occupied Oslo, trying to make a living any ways he can work out through the starvation and occupation. He’s gay and he’s brave enough to sell his body to strangers in order to provide some food/money for himself and his ungrateful mother. He’s unyielding, even when facing threats and mortal peril in the eye. He won’t lie about himself, not under pressure nor torture. He’s brave and whatever danger he faces, he always continues to be his untainted self.

And his unwavering personality is strong enough to change one of the most powerful of the German occupying force.

He’s the leader of the Gestapo in Oslo, at the beginning he’s faithful to the Nazi regime, and a brute when it comes to treating/interrogating prisoners. When meeting Paul, his resolve starts to crumble, and the more he speaks with the young man, and the more he wants to understand what happened to him right before his arrest, slowly but surely Stefan starts to see the wrongs in the bubble of his world and in his acts.

He undergoes an immense character development trough the book, and not just because Germany loosing the war and everything around him is collapsing. He has to face his true self too, the monster he was while serving the regime, and the man who thought himself straight. I won’t spoil the whole process, but believe me, he does his best to remake himself, to atone for his sins. And every reader shall be the judge of his success or shortcomings.

Paul’s parents have an undeniable impact on Paul’s and later on, on Stefan’s life. I like to read about dysfunctional families, and saying this about the relationship between Paul and his mother would still be an understatement. I’m always curious, how the characters surmount the obstacles

presented by their own parents (in this case Paul’s mother). It’s his father who restores the balance in the parental power. Even if he’s got little page time, he rocks and dominates every scenes he’s in.

“(…) Before I go, there’s something I want to ask from you.”
“Sure.”
A grimace crumbled Stefan’s expression, He eased from the bedside before bending forward and kneeling on the floor, head hanging. “Please forgive me for…” He put his face in his hands. “…For the things I’ve done.” A sob shook him.
Taken aback by such an emotional reaction, Paul went down on his knees in front of him, and lightly touched his arm.
“Of course.” (…)

If you want a thrilling, slow burning, roller-coaster of fear and love, a story placed onto the occupied Norway during ww2, this book is for you. If you harbor stronger or minor reservations about war-stories, you have nothing to fear from this one. The brutalities of the world war are not too explicitly described, but keep in mind that there are some rough/harsh scenes of interrogation and torture. If you can digest that, don’t miss Lea Bronsen’s Pink Triangle. 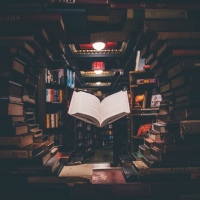 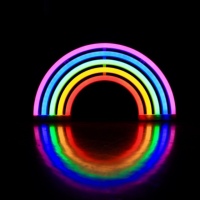 Mi és mikor?/What and When?