Jane Seville’s Zero at the Bone was my second M/M read right after I have finished the Cut and Run series (completed with the Sidewinder side-story) by Madeleine Urban and Abigail Roux. And I loved it from the first word to the very last. After reading this book I’ve accidentally found the audiobook version narrated by Alan Smith. Finally I managed to get and read the graphic novel, too. In order to complete the experience, checking the artworks and listening to the audio book is a must.

And this is exactIy what I did. I have started by reading the book, then listening to the audiobook at least four or five times in a row. My English was worse than it is now (and it’s still far from perfect), so, I struggled a lot to understand D’s accent while reading the book, then again, while listening to his interactions with Jack or the others. Luckily my English is much better now, and I encounter way less trouble compared to when I was new in the M/M genre, or reading in English.

So what is ‘Zero at the Bone’ about? At first glance, the plot doesn’t really seem eye-catching or original. There is a surgeon who happens to be the involuntary witness of a mob hit, then he finds himself on the run with the hitman, who instead of killing him, decides to spare his life and keep him safe until the gang-members’ trials begin.

See? Nothing extraordinary here. Then what makes this book/audiobook/graphic novel so outstanding? Even the witness and the hitman falling for each other part can be found in a thousand other books or movies. In my opinion the main characters make this story unique. The surgeon, Jack and the hitman, D are lively figures of the book, with their strengths and flaws. They even have self-irony, and are brave enough to mock their situation, all the cliches they get into. Jack even comments his luck being on the run with a cold hitman:

I’m on the lam, he thought crazily. On the lam with a hired killer who was supposed to execute me. What’s next? A femme fatale? A car chase? Maybe we’ll have a showdown in some abandoned warehouse like in some half-assed action movie they’d show on TNT on Saturday afternoons.

Jack shook his head in amazement. Actually if this were a movie, you’d be a beautiful woman and you’d be sleeping with him by the second act.

As you could guess by now, we have two protagonists, D and Jack. The events of the book are mainly narrated from Jack’s point of view, but at some point of the story the narration shifts into D’s POV. Usually when the two of them are separated by the events, and we get to follow them in parallel.

Cool as a cucumber D

D seems to be always cool and collected, he pulls the trigger without batting an eye after he picked a contract. He’s unshakable, and always gets the job done, he’s immune to pleading or tears. But there’s a catch with him. He only takes jobs IF the contract meets his standards, because he has principles. He doesn’t kill children, cops, witnesses, cheating women bruising the egos of rich husbands.

When he’s blackmailed into taking Jack’s contract, his decision of saving him leads to disaster, making other hitmen to get in the game, trying to get not only Jack’s hit, but the money on D’s head too. But D is not an easy mark to kill proven by the dead bodies left behind. No-one gets him or his Jack.

As Jack shows/teaches D how to feel again, we can observe D’s cool evaporating more than one occasion, since he can’t function as emotionally deprived as before, after finding his heart anew. He falls apart each time when Jack is kidnapped, wounded, or threatened to getting killed. As Jack transforms him, D realizes that he wants to keep the light and goodness in Jack’s heart untouched and untainted.

“A guy like me. Yer…” He broke off with a frustrated sigh. “You ain’t spoiled. Yer whole. I didn’t want ya touched by all this. (…) Though if I could keep ya like ya are, then…” D trailed off, staring down at his slung hand, his other hand resting next to his leg. He shook head, chewing on his lip. “I cain’t never go back to that. But if I kept it from ya, maybe I could…” He looked away, and Jack saw him blinking. “I dunno what I’m talking about. (…)”

(…) Jack shifted a little closer on the couch and spoke softly.

“You thought if you could keep the dark away from me, that maybe some of it would leave you too.”

Jack just keeps being himself, believing that there is good in everyone (well, almost everyone). And he considers it his mission to search and find that good in D, and to show him, that he could be an almost normal human being without killing anyone. And Jack gets there flawlessly, because D finally starts to find solutions without killing (only in cases when it can be avoided, as Jack says to him, exceptions can be made when a crazy killer guy has a syringe to his throat).

And if D’s transformation is astonishing, then so is Jack’s being untouched by the events. He is naturally scared and afraid, has bad dreams caused by the horrors he’d witnessed, but he can always manage to guard his bubbling and ideologist personality and save his good-faith in humanity. Of course, he got only a glimpse of D’s world, and hadn’t had the chance to see other than tiny fractions of that harsh reality D keeps guarding him from.

And even if his original sparkling personality rests almost intact and unchanged, he gets braver, learns to act, to fight for himself and for D. Long story short, he manages to conquer his fears, as he decides to stand with D all the way. And he also succeeds to get a promise out of D, that he will return to Jack, after he got rid of every threat on Jack’s life (D wants to get him out from the Witsec – Witness Security – program).

He reached out, tentative and took Jack’s hand.

“It’s fer us, kinda. ‘Cause after that’s done, maybe I can finally stop. Jus’ stay still, and jus’ be that guy a yours, that one who don’t kill people.”

Jack smiled. “That guy I love?”

Sorry for the late spoiler warning, but there will be minor and not so minor spoilers from now on.

Comparison of the novel and graphic novel

There is some difference due to the natural differences of the two genres. The graphic novel is naturally much more shorter than the novel, and it ends after D getting back Jack’s life and returning back to him.

The original novel has at least 50 pages after that, describing Jack’s return to his life before Witsec, and starting a new one with D. We also get a glimpse of D too (he’s back to his old self, Anson Dane) as he tries to work for the FBI, this time perfectly legally. Not to mention the epilogue, which clearly wanted to be a prologue for the never finished second book.

I don’t want to get my hopes or anyone’s hopes up, but I’m really hoping, that the second volume gets published at least in a graphic novel format. I would instantly get it…

Beside the length, there is some minor and major changes compared to the original novel.

• D’s handler Josey became a boy, and I just don’t understand why, she was a perfect raging bitch in the novel.

• In the graphic novel Josey is the son of D’s fellow soldier who he accidentally killed, when the soldier lost his mind and attacked D after a mission. In the novel, Josey is the daughter of the soldier who killed D’s family. And I just can’t get my mind around this change. This perfect plot point is also given in the graphic novel, because D had lost his family in this version too. And D killed this man in both versions. So, can someone just give me an explanation, please? What’s the reason behind this change?

• Some events in the graphic novel are cut shorter due to the length limitation, like Jack getting kidnapped and shot after the trial, or their time together in D’s childhood home. The graphic novel’s duration is 10 days only, while the novel depicts months.

• D’s ‘guardian angel’s’ name is not X in the graphic novel, she runs with the alias Stan (her real name is Megan by the way). This name is also mentioned in the novel, but I don’t really remember how, I think he’s D’s contact to the FBI.

• In the graphic novel D and Jack don’t get one last weekend together after the trial.

• And my favorite, when D gets shot in the shoulder, while they are fleeing in the car, in the graphic novel Jack orders D to stay awake (which is kind of a cliché), but in the novel, he tells him that he can sleep if he wants to, because he’s not concussed and not bleeding out, so there’s no point in staying awake if he can barely keep his eyes open.

After all of the above, my conclusion is that I like the novel and the graphic novel equally. The above-mentioned differences are only making it more interesting.

I really liked the artworks, too. I’m a fan of mangas and Japanese or Korean style comics. The drawings were beautiful, the feelings of the characters were as clear as day on their faces, or in their postures. In my opinion D’s features are drawn in more details, but Jack in comparison is not as flashed out as D or as X/Stan/Megan. 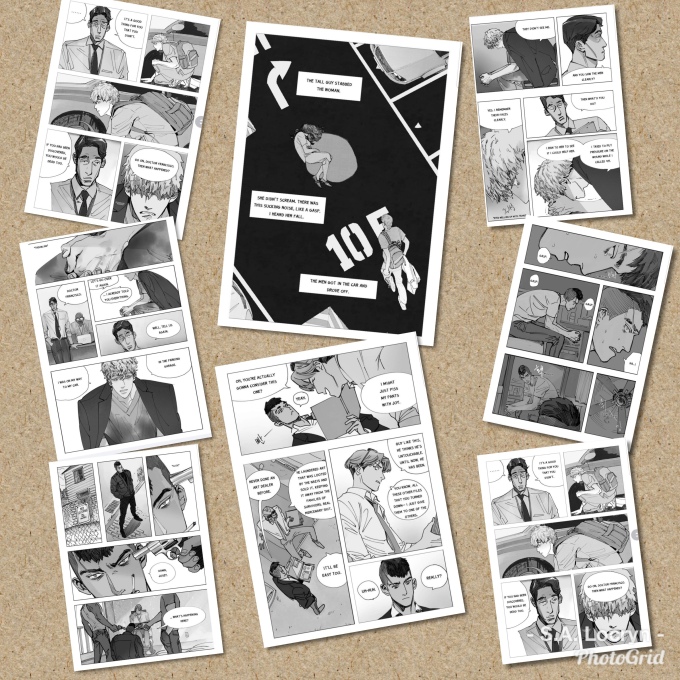 I promise you that the audiobook will complete the experience, it won’t be perfect without listening to Alan Smith’s narration. Even if you have your thrilling story, the adventures and outstanding character development, accompanied by the visuals of the graphic novel, you won’t get the real feel of the characters unless you listen to the audiobook; the ruthless killer, unfeeling and unflinching, almost like a machine. A zombie, deprived of everything what makes us human, finding a way back from his personal hell. A doctor, ripped from his normal life…

I really liked their interactions, Alan Smith easily narrates the events in two distinct voices. Even the side-characters can be easily recognized. Sometimes though, when more than three characters are talking, it may be a bit difficult to tell them apart, and Megan’s way of speaking was a bit off, as were the other females voices, it sounded a bit stilted and unnaturally mellow. I cannot describe it any better, you have to listen to the audiobook to fully get what I meant by this. But I think as a male narrator it cannot be easy to imitate lifelike female voices. Apart from this, the narration is perfect.

In conclusion, get the book, start to read it, listen to the audiobook to complete the experience and after finishing it, get and read the graphic novel, too. You certainly won’t complain if you follow my advice. 😀 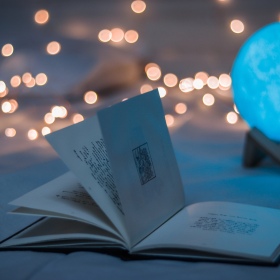 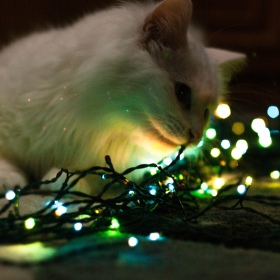 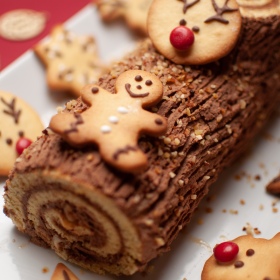