To start this whole review, I have to tell you that I had my issues with these two books, mainly regarding Dan as I mentioned before. I you don’t know what I’m talking about, take a look at the previous review here.

So we can conclude that Dan had some epic moment, I mean Soldiers-like epic (mainly in Mercenaries II, but in the Thailand and Dubai episodes in Mercenaries I also we get Lapushka back. Hooray!).

And… from now on:

Speaking of Dan issues, I can accept at a certain degrees Dan’s change of personality after those hellish 22 months while trying to save Vadim, and after realizing that all his effort was in vain, when Vadim vanishes.

But… and there is a huge BUT – and I can’t accept the way – he tries to blow away all his new chances of reunion after Vadim’s return by licking his – mainly – imaginary wounds. While Vadim works really hard to somewhat gather the remains of his shattered personality, and all he receives in return is no more than Dan’s grudge and resentment. And due to Mad Dog’s reaction when they meet again in Iraq, everybody in the camp starts to hate and avoid Vadim, and consciously or unconsciously trying to turn his life hell.

To make matters worse Dan continues unintentionally on this path after their reunion too. Dan claims not be wise, with short thoughts, but sometimes he acts like not having brain at all.

Example 1: in Mercenaries I he doesn’t let Jean to close up Vadim in the brig, saying “he will crush his own skull open on the walls” after everything done to him in captivity. So true. And despite this all, in Mercenaries II there a scene, when they are “re-playing” the events in the mountains (when Dan cut that word in Vadim’s back), and Dan binds and blindfolds Vadim leaving him in a room alone for hours, until he screams in panic “get me out”. At that time, I felt like I could punch the living light out of him. So yeah… tell me about Dan issues…

Example 2: When they plan to visit Duncan, Dan’s younger brother (Mercenaries II), Vadim still feeling insecure because of his trauma asks Dan to introduce him as a friend. And Dan doesn’t understand his fear – not even tries to understand -, and enters in an unjustified rage, until Vadim still broken tries to better explain himself. Then Dan understands alongside with the hurt he has caused by his rage. And Vadim afraid of loosing Dan, can’t say what his true feelings. And my hearts aches because of their inability to communicate their honest feelings and thoughts.

He touched Vadim face, tracing the cheekbone, along the jaw-line, until his fingertips merely rested on smooth skin. “I am so fucking sorry.” Quietly while looking at Vadim. No rage now in his eyes, just deep sated sorrow. “I didn’t get it. I told you I’m no fucking brainy, just didn’t realise I’m such an idiot.” His lips twitched, trying to turn into a smile, “forgive me?”

“Nothing to forgive, Dan, Nothing at all. I’m not… not ashamed of what I feel, but of what… I see in people’s faces. I can’t explain all that. I can’t take that from them, that… disgust. It’s better they think I’m… that I fit in.” Found it still hard to breathe pressed Dan’s hand to his cheek.

“The day he was going to be a man of clever or even just smooth with worlds, that day the earth was probably going to open and swallow him whole. If only. He wouldn’t mind right now.”

Speaking of Jean. There is a bunch of new and some old re-introduced characters in Mercenaries I-II, and he’s one of them. Some of the new characters have big, some only lesser roles, and some of them has a HUGE page quantity. Like Jean who’s easy to hate and most of the readers hate his guts. I have to admit, I was no exception at the beginning. I could kill him when he first got in Dan pants – as he later admits, only to get revenge on Vadim by hurting him, all because of his broken elbow, never mind he was the one provoking Vadim.

As I said before a lot of interesting new characters had been introduced:

He’s the Swedish cop helping Vadim, after he runs away and turns up in Sweden. He is the one who treats Vadim like a human, when he’s in jail during Christmas, he helps him find a part-time job, and months later, he’s the one who helps him to get back in touch with the Baroness.

He’s a very likeable guy, and I think it’s a shame that he doesn’t get more screentime until the end of Veterans. Sometimes Vadim wonders what had become to him or tells ‘but him to Dan (like in Mercenaries II).

They are the guys from SAS Selection. Chris fails during the jungle scene, but Andy makes with Vadim to interrogation, and if I remember well, he succeeds alongside with Vadim. I really liked those guys and wanted to know what has happened to them after selection. In veterans Vadim asks the Baroness to find them, but we have no words of their fates. Maggie says something like, Andy had made to SAS, so he may be dead.

He is one of the old friends of the Baroness, and he’s the one to put Vadim’s mind together before Selection. He shortly becomes a father figure for Vadim. I liked him very much, could do with more pages containing his interactions with Vadim.

Originally Dan’s fuckbuddies, later becoming friends to him and Vadim. Everyone loves Hooch and Matt… until arriving around 70% in Deliverance, but that’s an other tale.

Jean’s commanding officer in the Legion and later becoming a friend. First appears during Jean’s wedding. Usually the readers don’t like him, finding his storyline unnecessary and boring. To be honest, me too I could do with less sex, but IMHO he has a very important role. He’s the one trough the writers show the life of those who are conflicted by their “nature” and their work life, carrier etc. Beauvais the one to show us how rocky the road is to self-acceptance, not to mention acceptance by the others.

Dima is the same soviet medic from Soldiers, Markus is a Red Cross operative both seduced by Dan, later becoming a strictly monogamous couple (blessed monogamy XD ). They are cute together, and good to see them returning in Veterans too. And the way Markus swears… no way not to like it (S…ugar!). And secretly I think, they are used to express one of the author’s onion regarding Dan’s behavior and its effects on Vadim.

Dima is the one, who honestly tells Dan his opinion about his way of thinking regarding love and sex, and about consequences of his acts.

And speaking of consequences…

Dima: “But if you think, he’s fallen in love, then there’s three things: one, accept it and live with it… which seems unlikely. Two: Wait till he’s decided who he wants… he might work out it’s not all that serious, or three: force him to make a decision and not see this American again.”

Dan’s response: “Three would be a killer, and he never forced me to make a decision either, so it’s a no-go. Besides, I don’t believe in it. (…) One, you’re right, complete no-go too. I thought I was okay with it, hell, I would have been okay If he’d just gone out and have sex and enjoy himself, like I do, but this… this is cutting bloody deep. Especially with a man who’s damn similar in some ways to my younger self, and so extremely different in others. (…) I think it is two then. Not much I can do until he’s made up his mind, aye?”

Dima is one of my favorites I think I have a thing for mad-ass Russians XD. I could hug him, when he said to Vadim, that they were still brothers despite everything that had happened or what had been done between them. Believe me, Dima is one the most badass characters, being able to save lives, operate in inhuman circumstances.

Vadim: That reminds me of a story when Dima tried to work on a wounded guy (…). The guy’s belly had been torn open by a mine (…). The guy was in shock, a complete jabbering idiot because of the stress. He was shouting at Dima, not making a lot of sense, while Dima was working like his own life depended on it. He’d called me over, to hold the kid down, so he could work. That was the only time I’ve seen Dime react to anything like that. Remember what you said, Dima?

Dima grinning: I took a handful of his guts and said: ‘Hold that for a moment.’

Vadim laughed: Aye. That shut him up. He fainted. And with that, Dima could ‘work in peace’, as he called it.”

He’s a Bi doctor, the only one Dan doesn’t fu… I mean sleep with. Ever. Not for once. Yay! What a miracle…

Rebel kids against chetniks during the Yugoslav war

I don’t remember the boy and the girl’s name, they haven’t got big roles, but it was horrible to see what could happen even to kids during war.

4 words: she is a bitch. And I hated her for being a bitch with Dan at the beginning of Mercenaries I, for blackmailing him. She blames Dan for destroying Vadim. And I have to admit, she’s right from the beginning. Dan is the one hurting Vadim the most. She has every right to seek revenge, and torturing Dan. So why I think she’s a bitch? Because she blackmails Dan when he honestly asks for her help in his deepest despair, and because of her inability to forgive even when Vadim ask her to do so.

My favorite parts in these two volumes:

– Dan’s adventure with the American helicopter crew, and the rescue mission forcing Vadim and Jean to work together and not to kill each other in the meantime

– Rocky (if you manage to read that far, you will understand 😀 )

– The battle of the ruined town in the Yugoslav war

So yeah, these books are good, sometimes even thrilling, other times only average, but still manage to force you continue. And you can skip the unnecessary sex scenes anytime when you’ve got more than enough if it. I’m not kidding! Some of those parts counted more than 25 pages! Usually I don’t have problems with good-written sex scences, but but the wast majority of the sex scenes in this book was just a waste of precious pages. Sometimes I was wondering if I could remove those scenes, each book would become around 300 pages shorter… 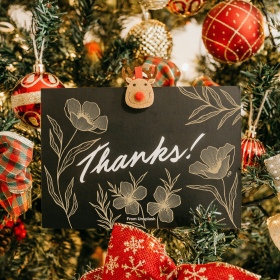 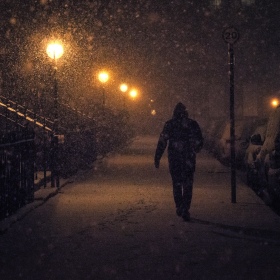