Skybound was among the first novels/novellas I read from Aleksandr Voinov right after I have finished Soldiers. I read it along with Voinov’s other WW2 novels (I plan to write a thorough post about Voinov’s ww2 cycle). I can’t remember which order I read those books in, but it doesn’t matter to me, only the effect Skybound had on me. There are a lot of books I like, love even, but this… I love everything about Skybound.

At first glance Skybound wants you to believe it’s a lightsome, easy to read. It’s only 40-something pages, so it can be read in one evening and in one sitting. I even dare to say, youz won’t be able to put it away unless you’re done, from start to fihish. At least this was what I heve experienced (same goes for other Voinov novels too). It was already late at night and I couldn’t care less about tomorrow, I just had to know how things did end up for the two protagonists.

And as this is a novella, and considering composition has to be its forte, I must also state I’d find it hard to find others as perfectly, meticulously composed as this (master)piece. There are no unnecessary words here. Every action or thought of the caracters, or even the interactions between them lead to something relevant. The narrative/storytelling is much/just like the cover; minimalist and painting-like, action-packed and filled with thrills and feelings, yet never strained or overdone.

When reading Skybound we see a few weeks’ events through Felix’s eyes. He tells us a story, everything about himself and Baldur, the fighter pilot Felix was secretly in love with like forever. I especially liked the way Baldur is presented in this novella. We only get an impression of him filtered trought Felix’s personality. We can only see him as Felix sees him, never for even a moment knowing more than he does.

Sometimes Felix even projects his feelings, his insecurities to Baldur believing – and thus making us also believe – those feelings are all Baldur’s. And we, along with him, keep doing so until Baldur does something to prove Felix wrong, showing his true self. And this is why I consider this novella awe-inspiring. It couldn’t be an easy task to show events throught the narrow window of a character’s eyes.

The perils of Baldur and Felix’s feelings for each other hang above them like stormclouds, the secret of what they share weights on them visibly during the entire story. Despite all secrecy and danger they take on all the hardships life hurls at them with grace and serenity, accepting their fate. They accept that Baldur has to take off to the sky every single time a raid comes in, and that Felix can to nothing for him but to take care of his bird with inhuman fervour, or to pull him out from a smoke-filled cockpit when something goes awry.

When I read their story, I felt for them, I could feel everything Felix had felt so perfectly as if my heart started to beat in lockstep with his. I’ve read a lot of books, but I have to admit that Felix is one of the most likeable of the characters I’ve ever met.

Felix is honest, impulsive, affectionate, a true giver. There is nothing cringey about him, and every feeling shows easily on his face. At least for Baldur. For the others, Felix is perfectly invisible, transparent even. It probably doesn’t help his case along that he is one of the Schwarzemänner (translates to ‘Black man’, the ground service personnel of the airfield). Soldiers tend not to see them, they are the real heroes of the war and don’t really pay attention to them. The other thing making Felix invisible is that he hides from everyone. He has his secrets, can’t tell to anyone that he hasn’t grown out from his ‘childhood folly’. The only one he tells about his childhood friend – the first one he ever kissed – is Baldur who noticed him even covered with grease and soot.

Felix accepts his fate, namely to never speak with Baldur, never be spoken to by him, but loves him nontheless. He would never dare to even dream about Baldur coming to him. And from that first night under the wings of a fighter plane, their fate becomes one with the end of the war, the capitulation of Germany, the destruction of their world as they knew it. And we stand there with them watching as the airbase and planes burn to cindsers along with the empire making every battle and sacrifice seemingly in vain.

Reading Felix’s tale was sometimes heart-wrenching due to the the injustice that permeates. Men like Felix and Baldur had to hide to avoid deportation or execution, and to fight for a lost cause regardless of their beliefs. No one can be held responsible for where he was born, for any fight that was imposed on them or for who they love. So I just couldn’t believe that this story wasn’t to end with a tragedy. I was afraid for Felix, I was afraid for him losing Baldur.

Deep inside I knew that he would lose a lot more with him. I didn’t want him to lose that pure innoncence shining trougth the terrors of the war, the light that led Baldur home from the skies. This is why I think the turn of events at the end impressive. You won’t get any spoilers here, but you should check the symbols at end of the story, and ask yourself who really saved who.

In my opinion Skybound is perfect from every angle. But the audiobook available on Audible can still add to the experience. With the magic of Matthew Lloyd Davies’ vioce, Felix and Baldur really come to life. If you have the chance to listen to the aidiobook, do not miss it. It really is a miracle. No need to hear the comments from Felix, the charactrers are perfectly recognisable when relying on his tone and intonation. There are no words for this.

(Additional information: Matthiew Lloyd Davies reads Voinov’s Nightingale too, and the voice of one of the characters has an uncanny semblance to Baldur’s, Davies is still able to breath life into all characters of this relatively long novel.)

Summarizing my opinion: Skyboung is a mandatorty read for everyone who wants to know more about the sentiments of WW2 losing side. The m/m aspect is not so dominant in this book, so it would be an easier read for those still easing into this genre. What won’t be an easy ride is to bear all the burden wheigting on the protagonistes, and on basically everyone on the loosing side. Yet this burden is lifted by the dignity and honor Felix and Baldur display challening the inevitable. 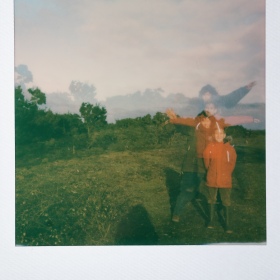